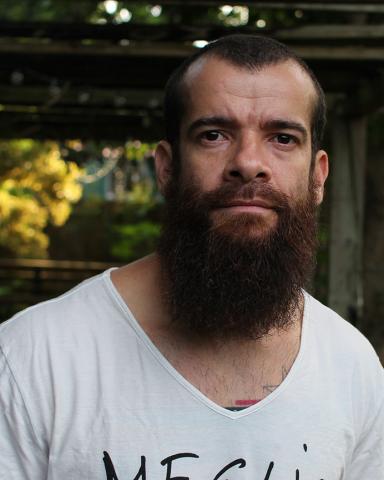 Santos art education is worldly, and his work has been seen around the globe, from the Museum of Contemporary Art in Sicily, Italy and the Beijing museum in China to Chelsea, New York. Santos studied at Miami Dade College, where he earned his Associate in Arts degree in 2003. He then attended the New World School of the Arts and, just before graduating with a Bachelor of Fine Arts, he dropped out to study abroad and to amplify his understanding of art. In 2006, he completed the Angel Academy of Art in Florence. Santos’ work reflects both classical and modern interpretations juxtaposed within one painting. His influences range from the Renaissance to the Masters of the Nineteenth Century to Contemporary Art. With superb technique, he infuses a harmony between the natural and the conceptual to create works that are provocative and dramatic. Among Santos’ solo shows are "Drawings" at Waltman Ortega Fine Art in Miami, “Syncretism” at Eleanor Ettinger Chelsea Gallery in New York and “Beyond Realism” with Oxenberg Fine Arts in Miami, among many others. The artist has received numerous accolades, including first place in a Metropolitan Museum of Art Competition, and he was recently presented with the 2013 Miami Dade College Hall of Fame Award in Visual Arts. His work has been exhibited throughout the United States, Europe, Latin America and Asia, including the Villa Bardini Museum in Florence and the National Gallery in Costa Rica.